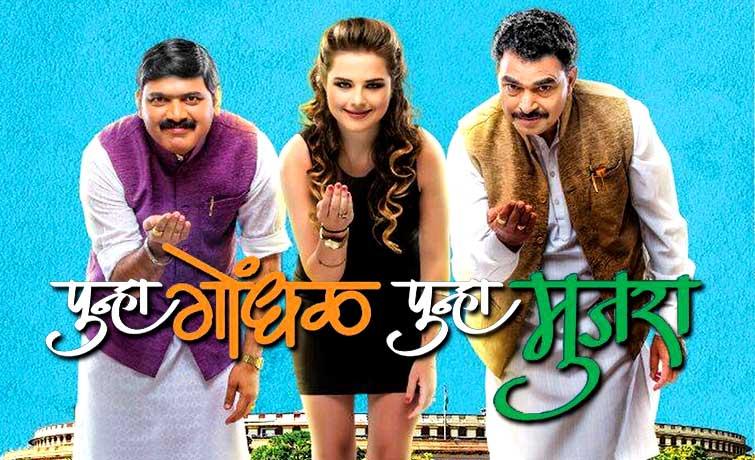 Share this
Whenever attempting a sequel of a film, it is very necessary to preserve the original plot. And, if that is taken care of, then it is easier to entertain the audience.
'Punha Gondhal Punha Mujra',  which is a sequel of 'Gallit Gondhal Dillit Mujra', has managed to keep the audience engaged for about two hours with the spontaneous humour that arises out of the new happenings. But, while attempting the political parody, many a times the artistes have gone overboard with their war of words. Sometimes, while developing the humour out of certain situations, the film’s screenplay slows down for a while instead of moving further. It is only because of the skills used by the director, to find the humour filled spaces in between, that the film manages to invite laughter from the audience.
The story of this film revolves around two politicians from the same village. One of them is an elected MLA from Village constituency -  Narayan Wagh (Makarand Anaspure) and the other being his opponent Vishwasrao Tope(Sayaji Shinde), who has lost the election to Mr. Wagh by a narrow  margin. But, Vishwasrao manages to get this nomination as MLC. So, to prove their supremacy, they indulge themselves in dirty politics, so as to turn the tables on each other. And, this clearly goes on to show how murky the politics is at the village level. However, all these gimmicks played by them certainly entertains the audience. Even some of the stupid dialogues make the audience laugh because of the situation presented during that scene in the film.
The film also highlights the attitude of High Command in Delhi, towards the state politicians and at the same time, also shows how the state level politicians fool the people from their non-developed constituency, claiming to have done certain things which haven’t been done by them. In the film, there is also a story of a foreigner female, who comes to this village and how some funny incidents take place in her presence.
Director Balkrishna Shinde, who has made his debut as a director through this film, has managed well to create some humour filled scenes in this film. He has also used two dance based songs at appropriate places. But, to enjoy this film, the audience need to keep the logical thinking aside. Only then, they will be able to enjoy this
film.
Both Makarand Anaspure and Sayaji Shinde have skilfully managed to display the political competition between their respective characters, very well. Both of them have taken the liberties offered to their characters throughout the film. Even in guest appearance, Aloknath and Ashish Vidyarthi are impressive.
Producers Navin Singh and Rakesh R.Bhosale have completed this film in just 7 to 8 months time and have also managed to promote their film well. Now, their efforts will be judged by film lovers on 10th October, when the film is released all over Maharashtra. But, people belonging to rural Maharashtra would surely enjoy this film. 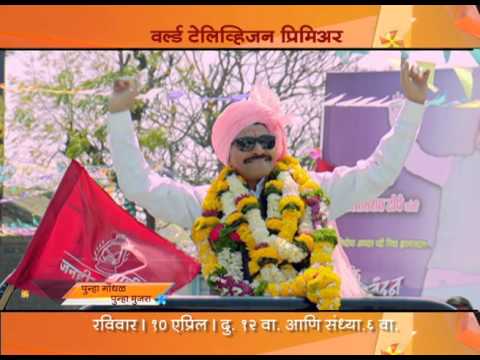 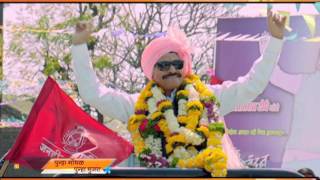