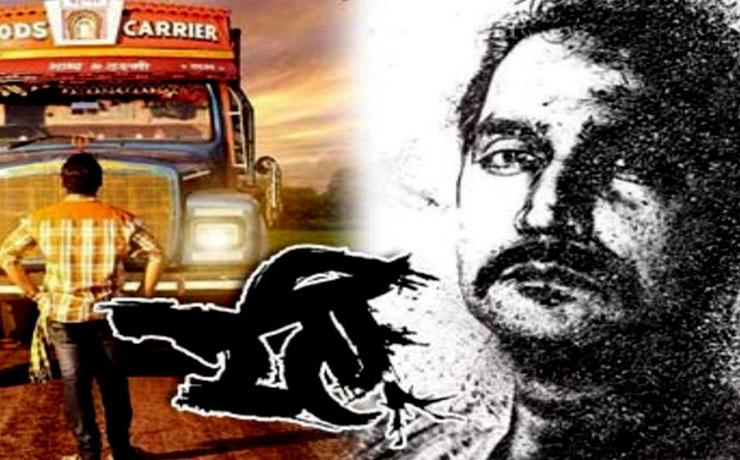 Share this
Name of the Film : Reti
Date of Release : 8th April 2016
Producer : Pramod Gore
Director : Suhaas Bhosle
Director Of Photography : Pratap Nair
Music : Shaan - Superbia Music
Star Cast : Kishor Kadam, Chinmay Mandlekar, Shashank Shende, Sanjay Khapre, Suhas Palshikar, Vidyadhar Joshi, Gayatri Soham, Mausami Tondwalkar, Bhagyashree Rane
Presented by Atharva Movies and directed by Suhas Bhosale, the latest Marathi film Reti revolves around ‘Sand mafia’, to give a glimpse of existing social problem which leaves the audience stunned.  If there was more attention paid on the screenplay of this film, the film would have made an impact. But, the sincerity of the film maker to present this subject, is to be appreciated.
The film does not have a story in continuity. All that we see in this film, is about the theft of sand. The mastermind behind this business (Shashank Shende) goes to any extent, to show his power. Two of his brothers, who are truck drivers, work for him. But, the elder brother (Kishore Kadam) decides to work for a Gujarati builder (Vidyadhar Joshi), who has partnered with  the Revenue Minister (Suhas Palshikar). Both of them keep changing their strategies in their respective businesses.
The younger brother (Chinmay Mandlekar) has big plans. There exists a social activist (Sanjay Khapre) who is making all efforts to stop this theft of sand. In the process, we notice the murder of an honest collector of the district. And, this becomes news gains momentum for the media, who keep highlighting this incident on news channels. In short, portrayal of all such characters is what the film is all about.
The film has tried to show how important is the existence of sand to all of us. Some of the incidences in the film will make you uneasy. The good performance of all the artistes is the plus point of this film and this is the biggest asset of this film. Shashank Shende invites all the attention through his character. He is played the cool but merciless villain impressively. Suhas Palshikar’s selfish politician, Vidyadhar Joshi’s ambitious builder and Chinmay Mandlekar’s careless character, are all cleverly used in the film. Gayatri Soham has played Chinmay’s girlfriend in this film. In one particular scene, she has displayed her acting skills very well. There is one romantic song filmed on the duo.
The entire film has been shot in Nashik. And, the film progresses with some predictable and non predictable happenings. The film is worth a watch primarily for the performances of the artistes.