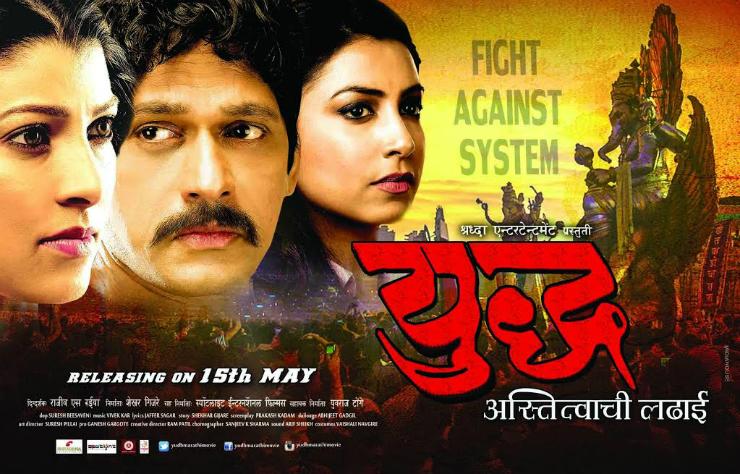 There is always a challenge to take up sensitive issues related about crime against women in the films. These types of films get the audience attached emotionally with the film. We saw such type of attachment recently in ‘Candle March’, where the audience co-related themselves with the victims shown in this film. Shraddha Enntertainment’s latest film ‘Yudh Astitvachi Ladhai’ is also about such type of issues.

‘Yudh’ revolves around a dashing journalist Ragini (Tejaswini Pandit), who resigns from her job, as her article demanding strict punishment for rapists doesn’t get published. She then involves herself with social work. With the help of Police Inspector Guru Thakur, she continues her fight against injustice on women. Later, she finds support from Psychologist Sarangi Deshmukh (Kranti Redkar) and a newspaper editor Ujwal Desai (Pankaj Vishnu). Ragini and Sarangi then team up and attempt to find the psychology of the four rapists, which forms the major part of the film.

The pre-interval stage of the film takes a long time to establish its. Tejaswini Pandit has once again proved that she is an actress of repute. She has shown her anguish very well through her character. Rajesh Shringarpure has given justice to his role of action, while Pankaj Vishnu has impressed as a traditional journalist. However, Kranti Redkar is looking too glamorous for her role. The bottom-line is, ‘Yudh’, though packed with action, emotions and songs, fails to create a buzz and ends up a dud.