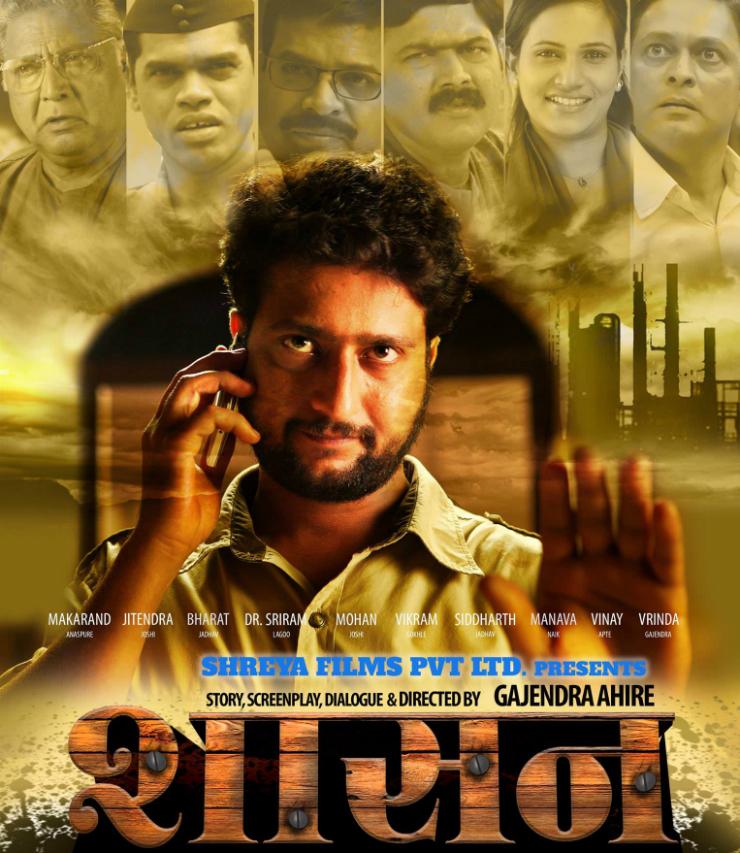 
Even if the central idea of the film is good, if it is not presented well with proper screenplay, it fails to create the desired impact. Latest released film ‘Shasan’ produeced by Shekar Pathak and directed by Gajendra Ahire, falls in this category.

The film begins with the murder of one of the partners, in a factory. Thereafter, the film goes on to show different characters and their stories. There is no proper focus on one story, but the film goes on to make a statement on many issues. A Union leader of this factory( Jitendra Joshi) wins the elections and becomes a Minister. One worker of this factory( Aditi Bhagwat) , makes the other partner in the factory happy .So, he keeps 51% shares in her name. But, later he tries to ignore her. So, she plans his murder. In the meanwhile, an investigativ Journalist( Manva Naik)  also becomes the target of the owner of this factory. Then, there is a secretary to Minister ( Makarand Anaspure), who lives separately from his wife( Vrunda Gajendra), becomes disturbed by the happenings around. He also witnesses  the suicide committed by a Police Hawaldar( Siddharth Jadhav).

The film is only worth, for the best performances of the artistes. Bharat Jadhav has played his negative role very well. Aditi Bhagwat has played her bold character well. Jitendra Joshi has also tried to present his character in a different way. Even Makarand Anaspure, has effectively portrayed a helpless IAS officer. Dr. Shreeram Lagoo has very little role. But , from Vikram Gokhale to Milind Shinde and from Mohan Joshi to Manva Naik , there are many performers in supporting roles.

Instead of properly linking these different happenings, the director has preferred to just make a statement on social issues. Only good thing about this film is good use of the lyrics of Vinda Karandikar. Perhaps the director had the intention of creating restlessness in the film’s screenplay, through these lyrics. Though the film has been promoted well, it has failed to focus properly on its story.