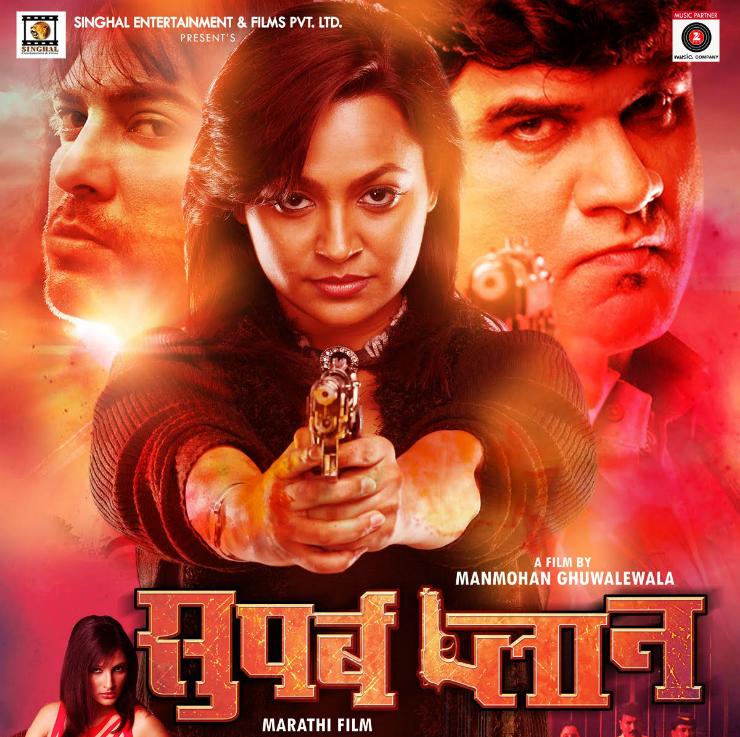 Share this
Nowadays, we find many Marathi films going on the lines of conventional masala Hindi films. ‘Superb Plan’ has been shot in Canada and it seems like a lot of money has been spent on post-production work. However, that doesn’t necessarily guarantee that it has offered total entertainment.

The film revolves around the blame-game which has become a trademark trait of the competition in the corporate sector. Thus there are certain situations created in this film, to offer action plus entertainment. Producer Manmohan Ghuwalewala has been liberal in spending money for the film’s shooting. The film is directed by Jai Tari. But if the director had shown more creativity, the film would have appealed to the audience. The film has also featured good performances from artistes like Satyanand (Sandy Gaitonde), Trupti Bhoir, Girish Patrdeshi & Rajendra Shirsatkar.

Such films do receive a positive response at single screen theatres. So don’t be surprised to find a good audience response at such places for this film.