Than Than Gopal Movie Review 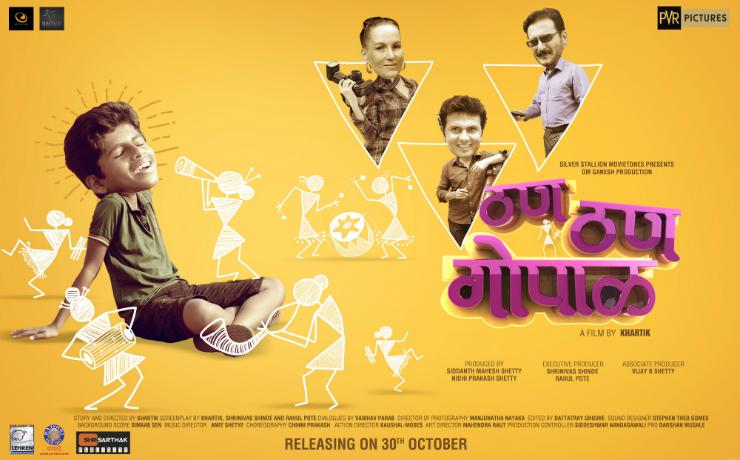 Share this
Name of the Film: Than Than Gopal


If you make a film on children and youngsters, showing their struggle to overcome their handicap and succeed in life, it often clicks well with today’s young audience. But, it all depends on how the story has been presented in order to create an impact on the audience. Om Ganesh Productions’ latest film ‘Than Than Gopal’ is based on this theme. The film is directed by Kartik Shetty, who has experience of working in South Indian films. This is Kartik’s second Marathi film, having made a film ‘Bhakti Hich Khari Shakti’ before this.

The film revolves around a boy Gopal (Vivek Chabukswar) who is blind and lives with his maternal uncle (Milind Gunaji) in a chawl. In spite of his handicap, Gopal is a happy-go-lucky boy, who enjoys every moment in his life. An adivasi artist (Milind Gavali) who is good at Warli paintings, finds  talent in this boy and takes him along with him to his adivasi colony. He trains him in this creative art. Soon, Gopal shows his skills and the media takes note of his achievement. A visiting foreigner (Suzanne Bernett) also praises his work. At the end of the film, we find a timely message that will hopefully resonate among the youth.

The film maker has shown how a screenplay can be presented with the help of a simple theme. In the role of Gopal, Vivek Chabukswar has done a remarkable job. Among other artistes, Milind Gunaji, Milind Gavali, Suzanne Bernett, Kishore Jaykar and Ashish Shetty have also done well. There are two songs in the film, one of them is rendered by Udit Narayan, while the other is by Shankar Mahadevan. The songs are penned by Aditi Jagirdar on the music of Amit Shetye.

The film does well overall and is worth the watch. The performances deserve to be seen, but the theme itself deserves plaudits. It will be interesting to see how the film competes with two other Marathi films which will release on the same day.