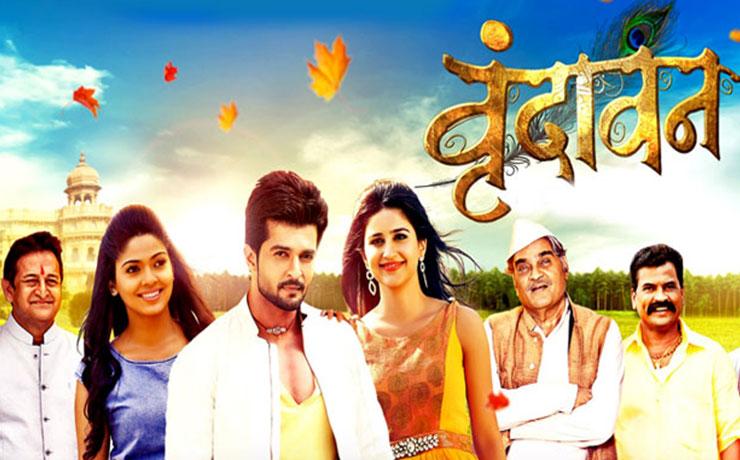 Share this
Name of the film : Vrundavan
Date of Release : April 8, 2016
Names of Producer : Raj Premee, Suniel Khandpur, Sandeep Sharma
Name of the Director : TLV Prasad
Artistes : Raqesh Bapat, Pooja Sawant, Vaidehi Parshurami, Mahesh Manjrekar, Ashok Saraf, Mohan Joshi, Sharad Ponkshe, Uday Tikekar, Bharat Ganeshpure, Aarti Solanki,Kumar Hedge & others.
Music : AmitRaj
DOP : B.Vasudeva Rao
Marathi films are going worldwide and winning national awards, for their ‘out of the box’ themes. But, some of our Marathi film makers are still influenced by the Bollywood and South recipe of action filled films. Latest release Vrundavan is the best example of such type of films.
Loaded with plenty of artistes, Vrundavan presents a love story between Krishh (Raqesh Bapat) and Pooja (Pooja Sawant). When both of them are about to get married, Pooja seeks help from Krishh to help Bhumi (Vaidehi Parshurami) who is very close to her. All that Krishh is required to do is to pose as Bhoomi’s boyfriend in front of Bhumi’s joint family, to avoid her marriage arranged by her wealthy father (Mahesh Manjrekar) to a village goon Vishwajeet (Kumar Hegde).  Krishh, who is also from a well to do family, agrees to help Bhumi and proceeds to Bhumi’s village.
But, after reaching there he faces a big challenge of uniting Bhumi’s big family, besides tackling Vishwajeet the villain and his associates, in his own way. There are too many fight scenes in the film, besides making provision for dozens of supporting artistes, to show their presence on the screen. Some songs in this film and some humor filled scenes do offer some entertainment. Raqesh Bapat has played the new action hero of Marathi films, with all those heroic action stunts. Pooja Sawant has done a decent job. It is Vaidehi Parshurami, who captivates us all with her good looks. All the supporting artistes including veteran actor Ashok Saraf, Mahesh Manjrekar, Mohan Joshi, Sharad Ponkshe have tried to give their best through whatever has come to their share. Bharat Ganeshpure has also done well through his short role.
The plus point of this film is its music and art direction. The Govinda song and a duet filmed on Raqesh and Vaidehi have been captured well by DOP B.Vasudeva Rao. There is an unpredictable twist in the second half of the film. Though the film is influenced by action filled Bollywood and South films, it does not have the Marathi flavor but offers entertainment.