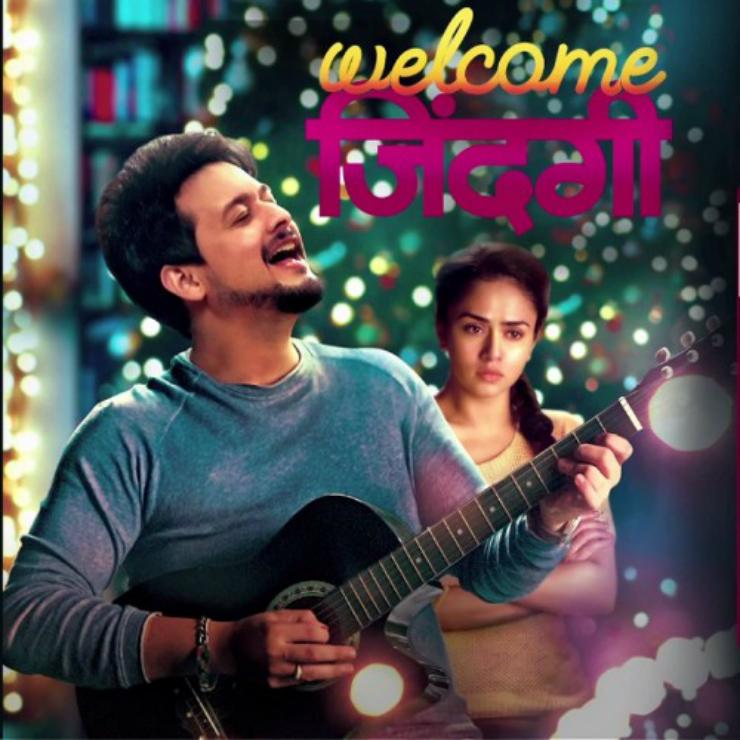 Share this
People go into depression often when they have been through a failed relationship with their significant other. In the newly-released film ‘Welcome Zindagi’, we find one such girl Meera (Amruta Khanvilkar) who has been cheated in love. As a result of which she is drawn towards ending her life. Meera has been hurting about her father’s (Vivek Lagoo) decision to remarry a much younger woman (Rajeshwari Sachdev) after her mother’s passing. Meera is a journalist who is employed with a TV channel. But there too she faces major discontentment due to her colleagues’ non-cooperative nature. Meera pops sleeping pills often to battle her depression. Unable to tolerate the steam from all corners, she decides to put an end to all this by committing suicide. Enter Anand Prabhu (Swapnil Joshi), a happy-go-lucky man who is also the chief of Happy Ending Society. Anand takes Meera to an institute which offers training in the different methods of committing suicide.

Presented by Rupali Enterprises and directed by Umesh Ghadge ,’Welcome Zindagi’ starts on a different note, and continues with tense moments uptil the intermission. Post-intermission, the film starts surprising the audience with some unexpected twists and turns. The film would have generated more interest if a few scenes showing Meera going through depression were edited out. A few meaningful and humor-filled dialogues keep the audience entertained.

The film seems to have been influenced by world cinema. However, in reality, this film is a remake of a Bengali film. There are also influences of Hrishikesh Mukherjee’s film ‘Anand’ and Rajesh Khanna’s style of talking has been adapted in this film.

The film’s dialogues written by Ganesh Matkari have created the required humor. At some places, references have been made to Hindi films. Producers Ajit Satam, Sanjay Ahuwalia & Bibhas Chaya seemed to be liberal in their budget which could be noticed through a selection of wonderful locations. Lyrics and songs do find scope in this film. This film will surely be welcomed by Swapnil Joshi fans, provided they sit through the heavy emotional scenes pre-intermission.